Finally, I have had a chance to start working with Visual Studio 2015. It has taken a little while to get around to it what with quite a few other things going on, but I got there in the end. There’s not always time for a technology upgrade when you are very busy getting things done!

The first thing I noticed when I created a new project was that it is now configured with a JSON file. This should hopefully a lot easier to merge than the current project files! 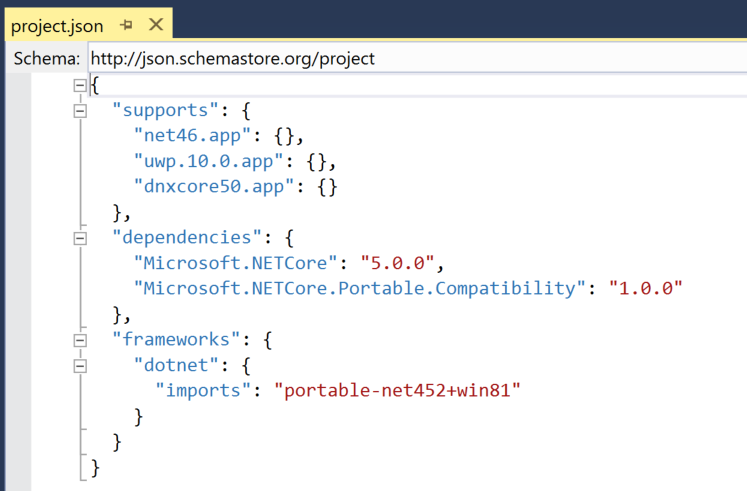 Of course the Git tooling is a lot better in 2015, and there is a nice checkbox for you so you never have to go back (or change your ways, whichever you fancy):

One thing I must admit to noticing is that building time seems to have gotten a bit quicker; we have a few solutions with a fair few projects in them, and my perception is that they aren’t taking so long to build. This may be because VS is performing better on my machine, or build improvements, or a bit of both!

I also haven’t installed Resharper in VS 2015 yet. While this may seem risky, I am giving it a go to see how I get on. The Ctrl + , keyboard shortcut is pretty cool (replaces Ctrl+T) and everything seems a bit snapper - I will have to see how this evolves as I write more code. I suspect my opinion might change if I move from bug fixing to producing large numbers of new classes.

I have started a little test project to see how easy it is to create new code, and decided to host this in VSO (git source control, of course). Hopefully it will be a reasonably smooth process to adding some code, getting it built, and maybe even a nuget package published.