Murray Walker passed away yesterday at the age of 97. He was a huge part of my childhood growing up, watching F1 coverage on ITV on Sunday afternoons.

Reflecting on great content and creators such as Murray really illustrate how a huge passion for what you’re doing comes over so clearly, and he was a perfect example of this. His enthusiasm was so infectious!

I realised that I took some photos of Murray and I don’t think I’ve ever published them. They were taken at the Goodwood Festival of Speed on 3rd July 2011. I was attending for Microsoft and in exchange for a morning on their stand, got an afternoon wandering around the show. Student life eh!

Jake Humphrey was interviewing Murray on one of the stands and I happened to wander into it. I didn’t even know the schedule in advance so it was pure chance, and I don’t even remember which stand it was. I do remember they wouldn’t let me upstairs to take photos because I didn’t have one of the cars for that brand (we took both BMW keys with us the next time we went to make sure we could get in…).

Here’s the photo, then a bit of background about how it came about. 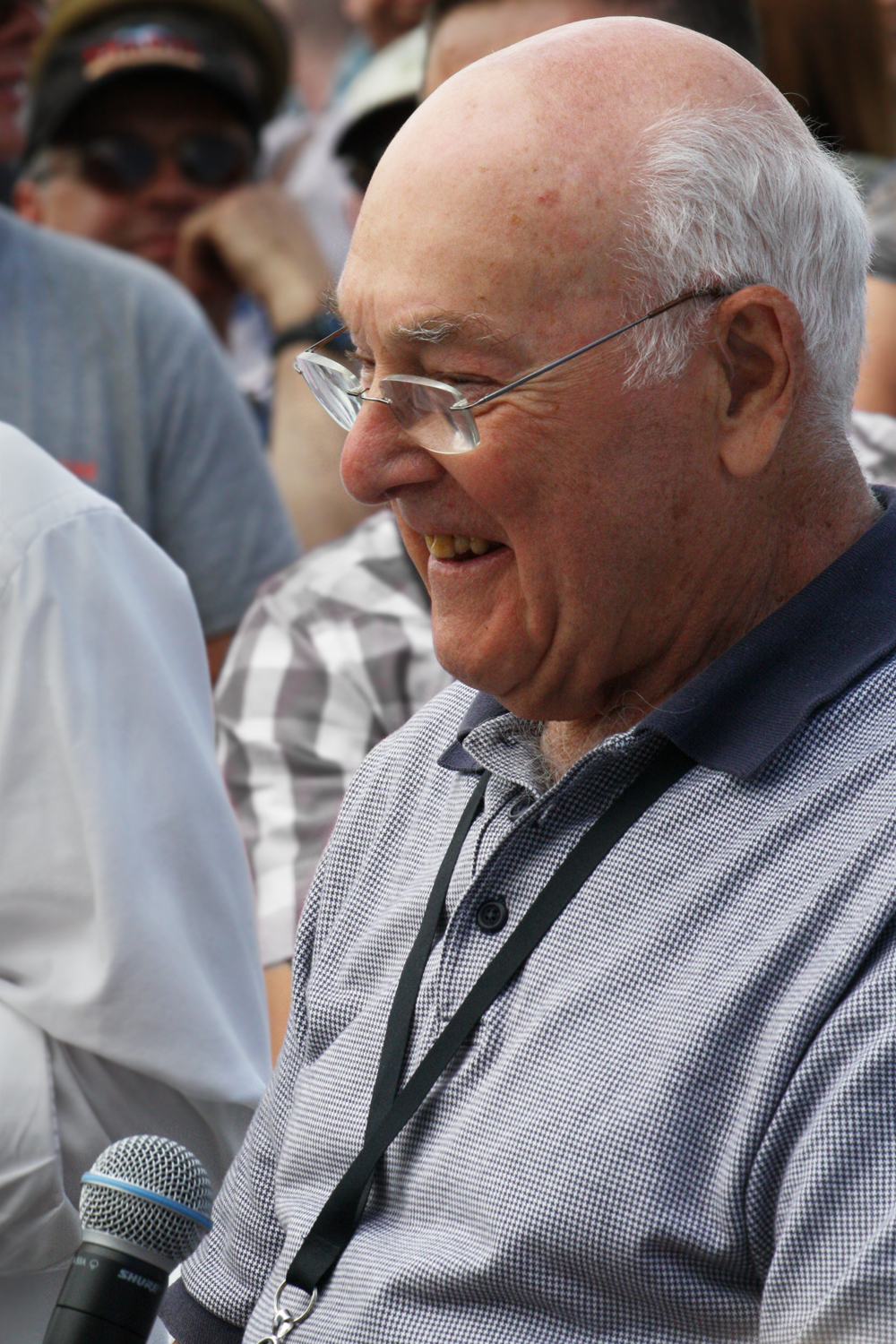 As I was so late I was right at the back and it was absolutely rammed. It was full behind them, in front of them… in the end I managed to get a small step and stuck my 70-300mm zoom lens on. The angle was really not ideal as they were facing away the vast majority of the time - this photo is the one with them facing the most towards me they ever did!

Technical challenges on-site were compounded by it being my old 1000D camera, while it was new at the time, so I didn’t really know where the buttons were. It was also only capable of 3 frames per second burst (even JPEG only) so you couldn’t blitz it when they looked towards you like you would on a more modern or pricier camera.

The photo was originally at 160mm but I cropped it a bit in the edit. I also dealt with the guy in the background wearing a bright chequered shirt, added a bit of blur to account for the lack of depth of field, and brightened everything up a bit.

This whole process was slightly complicated by the fact I wasn’t shooting RAW at the time (I hadn’t had the camera very long and was still getting used to it) so this is all from a JPEG, just makes life slightly trickier and the results probably not quite as good.