Google Buzz seems quite empty at the moment. And judging by how much buzz it’s getting (pun not intended…) a lot of people seem to have given up on it.

The reason I say it is quite empty is not through lack of content. I follow a few people from around my area (but not many, it has to be said) so that could be improved. And it’s not that there isn’t that much content in there - there is loads (probably too much). It is just that there seems to be no original content on there whatsoever.

In the beginning, it was all too easy. Sign in to Google Mail, hit Buzz, check all the boxes for “Connect my Twitter!”, “Connect my Blog!”, “Connect my toilet!” and there you go, instant Buzz account! No maintenance required.

That seems to have done more harm than good. There is pretty much no original content created on Buzz now, making it a desolate wasteland where you just have people’s tweets talking to one another. Boring.

So, what are we going to do about this? Yes, we. Because it’s not Google’s fault that it’s turned out so badly. The connection options got people interested and using it to begin with. Yes it’s our fault, its users, that it has all gone wrong. So here’s what I propose to fix it.

For the love of all things social networking, please unlink all that stuff that doesn’t need to be linked. Buzz can stand up on its own without requiring drip-feeding from other platforms.

Of course, some stuff would be quite useful - Picasa or Google Reader for example. But I don’t need your tweets - that’s another platform entirely.

Buzz is tightly integrated with Android, so users of those phones really don’t have an excuse. You can grab the Buzz widget for your home screen by scanning the QR code below. 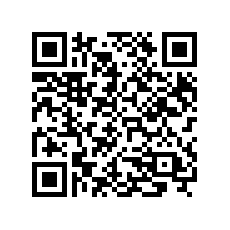 Buzz has great discovery tools for finding people who are nearby or who you know through other means.

Again, if you’re on Android, then check out the Buzz integration with the latest versions of the Maps application, and see who’s buzzing nearby.