They say there is only one rule of the road in Cairo: “Me First”. That’s certainly not the case for the hundreds of students from countries spanning the 5 continents who collected in the capital of Egypt for the Worldwide Finals of the 2009 Imagine Cup.

If you’re unfamiliar, the Imagine Cup is the world’s premier student technology competition; it brings opportunities to students from all over the world to take part in a worldwide showcase of their talents; meet new people and experience new places; and most importantly of all, make the world a better place by doing what they do best.

The 9 main prize categories and numerous awards of the Imagine Cup give students scope to address the world’s toughest problems; be that by building revolutionary software products in the Software Design competition, enhancing the lives of people in every country with hardware solutions in the Embedded competition, or creatively expressing and providing solutions to the toughest problems in the design, photography and short film competitions.

One of the mottos of the Imagine Cup is “You Win; We All Win”; and it remains true that even though only the top teams leave Cairo with prizes, students taking part in the Imagine Cup gain such a rich experience of developing impressive solutions to real-world problems and meet so many people, not a single person who competes can say that they have not gained anything from the experience.

This year’s Imagine Cup final took the competition to the whole new level. Competitors from many countries battled hard in the InterContinental CityStars in Cairo to win their place on the stage at the closing ceremony, and the locations of the events meant they did so on an epic stage. Poland 2010 and successive Imagine Cup finals will have a tough job living up to the spectacular opening ceremony in the Citadel on the highest peak in Cairo; the 5-star hotel and conference centre that the events took place in and the competitors stayed; and the stage built in the shadow of the Great Pyramids at Giza specifically for the World Festival, the culmination of the week and where the prizes were presented. 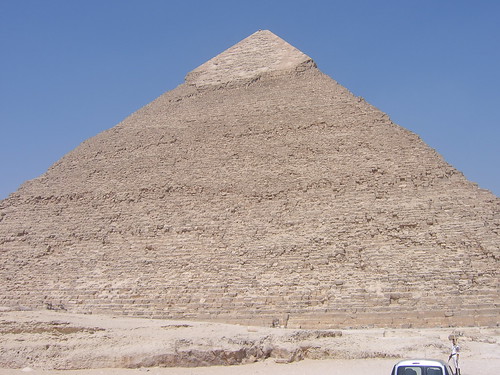 None of the competitors in the Imagine Cup this year had the attitude “Me First”; every single one came away with once-in-a-lifetime memories of the heated competition, fantastic hospitality and breathtaking venues, and enjoyed sharing that with their colleagues and friends during the week. I for one know that I met so many people from all over the world: Microsoft employees from Italy, the USA and South Africa; students from every corner of the world; and colleagues of mine in the Microsoft Student Partner programme from every continent (particular thanks to the Egyptian MSPs for working so hard on the event, donating their time, and helping me out on so many occasions). I can now count all of them as my friends.

So thank you to Egypt for being such wonderful hosts; Microsoft for starting all of this, and putting on a magnificent show; and of course the students, who provided an electric buzz around the competition every second of the way, did all of their countries proud, and showed Microsoft and the world how bright our future is. See you all in Poland 2010!