Building apps for the mobile web

As the F1 teams have been on shutdown this week and last week, I have had a nice couple of weeks moving house and generally trying to avoid the British summer (it rained, a lot).

I also had a go at a little open source project (I can’t spend 2 weeks not writing code, obviously) called WebUtils. 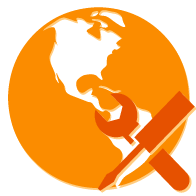 It was inspired by a conversation between Paul Kinlan and Michael Mahemoff about the general lack of utility mobile web apps - sure there are complex things from big companies, but if you want to use the mobile web on your phone, there are some common native apps (sometimes built in to the OS) that just aren’t available. Things like calculators, stopwatches, compass, etc.

The WebUtils project aims to fill in these gaps by helping to solve a number of problems:

What apps are available?

There is a lack of discoverability in terms of mobile web apps at the moment - they are tricky to find. We now have a wiki set up collecting them, and in the future we are working on ways to make this even easier.

I need an app!

If we don’t have an app, anyone can request one using our project issues.

What do people actually want to see built? Our issues system for tracking requests allows anyone to pick up the WebUtils baton and build something people will use.

By providing criteria for classing a project as a WebUtils app, we have established a baseline set of requirements for apps and how users should be able to work with them.

On top of this, we provide project templates and detailed guidance on the development of mobile web apps, so developers can spend less time on infrastructure / setup / libraries / best practices and more time building web apps. Most of the ones we have already took a matter of hours to put together (they might be a bit rough around the edges in places)!

What can I do?

If you would like to help out with our project - by building apps, providing ideas, testing apps on your device, etc - then please head over to the project home page where it will tell you how to do all of these things.